A Message from the DFI Board of Directors

On behalf of the Board of Directors of the Diversifying Higher Education Faculty in Illinois (DFI) program, the more than 900 DFI graduates, and the educational institutions that support the DFI program, welcome to the DFI website. The DFI Board appreciates the efforts of the Illinois Board of Higher Education (IBHE) which have made this website possible.

The purpose of this site is to provide the public with general information concerning the DFI Program and its mission, and to keep past, potential, and current DFI Fellows abreast of activities related to the program. Announcements regarding DFI Board activities, including board meetings, conferences, and other events will be posted on the website.

Again, our thanks to the IBHE. Welcome to the DFI Website.

DFI Board of Directors 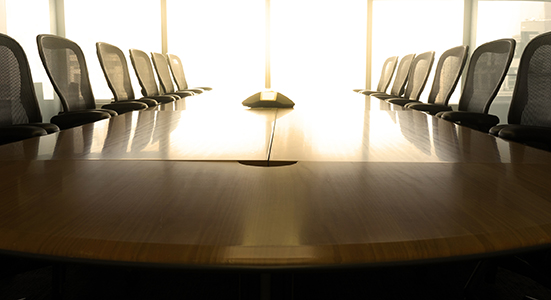 The goal of DFI is to increase the number of minority full-time tenure track faculty and staff at Illinois’ two- and four-year, public and private colleges and universities.

In 2009, the Illinois Board of Higher Education approved the Illinois Public Agenda for College and Career Success, the product of a year-long planning process initiated by the Illinois General Assembly and developed by a broad-based task force of policy, legislative, business, educational, and community leaders from throughout the state. Of the various findings, the Illinois Public Agenda for College and Career Success Task Force found that there are two states of Illinois, separated by income, educational attainment, and economic opportunity, and that between the two states of Illinois is a prosperity gap that is wide and growing, and the direct result of disparities in educational attainment by race, ethnicity, income and region.

DFI is a statutorily authorized program that directly addresses these educational disparities.

African American faculty constitute five percent and Latino faculty three percent of all faculty at Illinois colleges and universities. This level of representation is much lower than the diversity found in Illinois’ student enrollment and state population. A diverse faculty and student enrollment enhances the educational experience of all students and better prepares students to work and live in an increasingly diverse world. Faculty diversity is especially critical for students from underrepresented groups. An IBHE study found that the presence of students and faculty/staff from various ethnic groups was “very important” in the decision of underrepresented students to stay in school. However, the current status of minority representation at the faculty level finds that the average student attending a public college or university outside the City of Chicago is unlikely to have more than one course with an African American faculty member and unlikely to have even one course with a Latino faculty member during his or her college years. The DFI Initiative works to increase the number of minorities with master’s and doctoral degrees by providing financial assistance, based on demonstrated financial need, for students to complete graduate degrees. In addition, the program administrators work with higher education institutions to offer workshops and pursue other outreach opportunities to meet the goals and objectives of the Initiative.

A DFI Fellow must be an Illinois resident and U.S. citizen or lawful permanent resident alien who is a member of an Underrepresented Group. Black/African American, Hispanic American, Asian American, American Indian, Alaskan Native, and Native Hawaiian or other Pacific Islander. "Traditionally underrepresented minority group" means any of the minority groups designated in the Public Act which are represented in Illinois post-baccalaureate enrollment at a percentage rate less than the minority group's representation in the total Illinois population. The Public Act further specifies that to be classified as an Illinois resident, an applicant must possess a high school diploma or postsecondary degree from an accredited Illinois educational institution or have lived in Illinois for at least three years.